Life is What Happens When You're Making Other Plans! 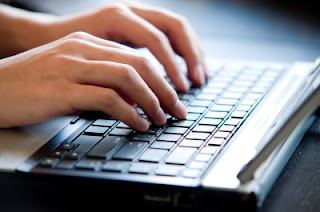 Life has been crazy lately.  What else is new, right?  Between work, weather, moving, schooling, family, and everything else - the writing has taken a back seat for awhile.  (Sigh.)

Even though I'm currently not actively writing, I'm still writing!  At least in my head.  I still come up with ideas, formulate plots, create scenes, and build characters.  I can't help it!  I have new short stories to write and new scenes to add to my everlasting book project.  I will say that my iPhone has been a great help.  I've been using an application called "Writing Toolkit" for keeping track of characters, plots, and story ideas.  DocsToGo has also been a good addition to my iPhone.  I keep my stories there for reference.

Being a writer is in my being.  I sometimes become frustrated that others don't always understand that.  I wrote when I was young, I wrote songs when I was a performing musician, and I still write.  I've tried to analyze why.  The only conclusion that I've come to is the aspect of always wanting to create something.  Which is also why I'm a programmer.  I've always stated that I'm a lifer instead of a jobber.  I code because it's a part of me.  I write because it's a part of me.  I find satisfaction with giving life to software applications.  I find satisfaction with giving life to characters, scenes, and stories.  When I say, "Hey, check this out!" with a cool piece of code, and someone else agrees that it's pretty cool - it makes me feel good.  When someone reads one of my stories and I get a favorable response - I glow for a long time!

Quite a while back, I wrote a story called "Freedom From Paradise".  I used a few of my friends as primary characters in the story, projected in a new future situation.  In a sense it was just an exercise in characterization and dialog.  I gave one of my friends a copy of the story when it was completed.  Several weeks later he went camping with his friends and family and the story was read aloud at their campfire one night.  I heard from multiple people about their enjoyment of the story.  That was one of my favorite moments about being a writer.

Then there's the time I wrote an article for Computerworld Magazine, comparing Windows 95 versus OS/2.  That was one of the most scariest times of my life as a writer.  Thousands of hate emails from the OS/2 community for giving Windows 95 a half star lead.  But, in afterthought, it made an impact and I did my part in relaying a truthful comparison.

I guess I'm starting to babble here.  Overall, just because I currently don't have time to write, I'm still writing.  Because - I'm a writer!

Posted by ascriptor at 9:00 AM No comments: